Visa Inc. revealed payment data that vividly reflects its counterparts’ performances in the beginning weeks of the Coronavirus crisis.

“January and February were characterized by remarkable growth. But since mid-March, payments volumes have plummeted significantly as lockdown orders went active all over the United States,” said Vasant Prabhu, Visa Inc.’s chief financial officer in an interview discussion about March and April stats. 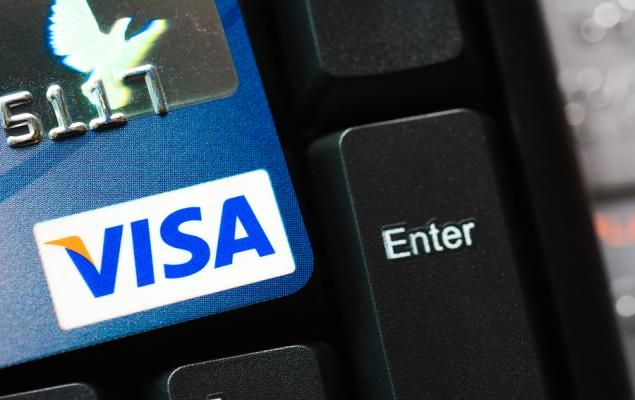 Travel merchant account owners are the most affected. Sales dropped 80 percent from what was recorded early in the year. Payment volume for other sectors such as retail, automotive, healthcare, education, and government agencies dropped anywhere in the 15 to 50 percent bracket.

As of April 28, transaction volumes in the US were down 19 percent—only Debit & Credit cards were down 6%, and 13% percent as consumers rely on them for most payments.

However, Debit spending started flourishing in the second half of April with Wave 1 of the federal stimulus payments, but Vasant warned against looking much into that.

“It still too early to conclude whether this upward trend in late April is the beginning of a recovery, or it will die away in a matter of weeks,” he said.

Like Mastercard, Visa relies heavily on e-commerce, but now shops and restaurants are shut down, and people are practicing order-ahead trade. Save for travel, e-commerce volume for Visa in the US were up 18 percent YOY through to April 28 and even increased to 30% at end-month.

Visa President and CEO Alfred F. Kelly Jr. pointed out that most shoppers are staying indoors and are getting used to purchasing items—like furniture, apparel, and electronics –online when they previously bought these instore. “We will certainly see an e-commerce explosion thanks to Corona,” Kelly said.

Also thriving amid a crisis is contactless payments as more and more shoppers keep distance and avoid cash, which could carry and spread the virus. According to Kelly, Visa closed Q2, which ended March 31, and found nearly 60 percent of in-person payments, excluding the US, was tap-to-pay. Tap-to-pay payments grew 40 percent YOY.

So far, the issuing companies that partner with Visa have nearly 175 million contactless cards out there, and the CEO sees the number doubling to 300 million by year-end. If this comes to pass then the future is, indeed, bright for contactless as news sources claim.

Author Bio: Blair Thomas has been a music producer, bouncer, screenwriter and for over a decade has been the proud Co-Founder of eMerchantBroker, the highest rated travel merchant account processor in the country. He has climbed in the Himalayas, survived a hurricane, and lived on a gold mine in the Yukon. He currently calls Thailand his home with a lifetime collection of his favorite books.

The Chubb Journey Survey performed in October 2014 discovered that 39% of 525 respondents fell unwell whereas on holidays. And, ...

Incurs medical bills in Indonesia inside 31 days after the tip of the journey. The software program beneath lists the ...

Beauty Remedy -Any claims arising out of the beauty surgical procedure of the insured will not be coated by your ...